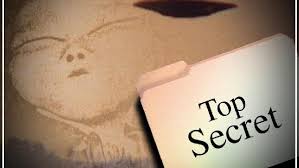 The military used to intimidate stories from people reporting on UFO's. These people were crazy, or all they saw was swamp gas. Now the military is allowing its own to tell stories about their own sightings. This is all by design. We are getting closer to the unveiling of Project Blue Beam, a fake alien invasion designed to consolidate power on the planet under Satan.

Here is what is coming:

Inundate the media with teasing disclosure material in an attempt to desensitize the public that aliens actually exist, so that when the fraud is rolled out, the public will not be overly shocked. What stories? Stories like what appeared in the past couple of days with regard to so-called alien disclosure. "American Airlines Flight 2292 was en route between Cincinnati and Phoenix when the crew was startled by the strange object which "almost looked like a cruise missile" – and then it subsequently flew over their aircraft which was at an 36,000 feet at the time of the sighting, according to details in The Drive.

The Democrats and the Deep State will marginalize, on an ever-increasing scale the conservatives. The goal is to create an us and them society. Persecutions will begin. The power structure of conservatives will be destroyed. At the risk of sounding in like Gina Carono. Christians will be hunted and labeled like the Jews were in Nazi Germany. Some form of the infamous J Stamp will be employed. Christian conservatives will ot be able to buy or sell. However, the sleeping giant will arise. To close the book on humanity, particularly Christians, more is needed and it will be time to frighten the public into submission.

All of the alien disclosure is headed somewhere. It is being used to perpetrate a fake alien invasion. The goal is to get people to fear the fake alien invasion that we call Project Blue Beam. All resistance on the planet will end in the midst of the fake invasion. Nation states will be gone and the people will have submitted to a one-world (new) order.

"Get the F**k Out of New York!": BLM Protesters Demand White Restaurant Owners Leave the C

The Great Reset Morality: Euthanization of the Inessentials

Biden to America after Floyd verdict: 'We can't stop here'

How L.A.'s Brentwood School Became a Battleground in the Culture Wars