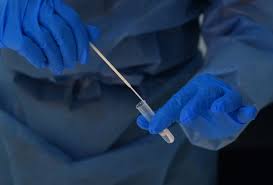 The offer was tempting for states struggling to set up their own testing facilities for a new virus on short notice. But U.S. national security officials urged the states to reject the offer, citing concerns about how China might use personal data collected on Americans.

"We certainly reached out to our partners and the community to make sure people were aware that the Chinese were pushing out these tests, informing them of what the risks were and really asking them not to take these tests," said Mike Orlando, the head of the National Counterintelligence and Security Center, which is part of the Office of the Director of National Intelligence.

"As far as I know, they all turned them down," Orlando added.

Meanwhile, Beijing Genomics Institute, a major global player in the world of genomics research, reportedly set up labs in at least 18 other countries, and provided COVID testing kits to 180 nations, including the U.S. The U.S. officials stressed that their main concern was preventing the establishment of full-service labs. The officials do not consider the testing kits to pose a serious risk.