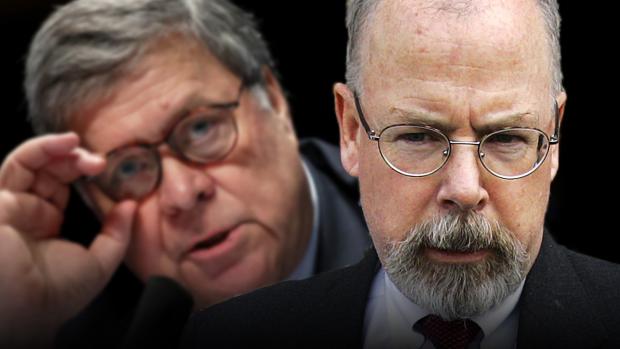 "I have no reason to think he should not remain in place," Garland told Sen. Chuck Grassley Monday.

In reality, if confirmed Garland will not allow Durham to stay in place, never mind issue a report. The prospect that Biden's attorney general might allow Durham to indict former Barack Obama administration officials is ludicrous. Remember that documents released over the last year gave evidence that as vice-president Biden was not only aware of the spying operation against Trump officials but participated in it. Biden not only knew that the FBI was framing incoming National Security Advisor Michael Flynn but suggested that the Department of Justice might charge Flynn for violating the Logan Act.

In other words, the FBI officials that Durham is reportedly investigating are Biden's co-conspirators. To allow them to be indicted would not only point to Biden's guilt but also show that the most powerful man in the world is unable or unwilling to protect allies who have helped advance the cause of the party he now leads. That would show Biden to be weak. Garland understands that his primary duty as Biden's chief law enforcement officer is not to oversee the fair and equal treatment of all Americans under the law, but to protect the president and the party he serves.

The Biden administration has already shown it is a very different animal than Trump's. During his four years in office, Trump's allies complained that his biggest problem was staffing. It's true that key spots in his administration were filled with officials who opposed his America First agenda. There were problems with the personnel office, insiders explain. Further, sometimes Trump family members pressed for friends without the experience or commitment to implement Trump's vision. But even those least experienced or most opposed to Trump's vision would've fallen in line, if he'd given them cause to fear him.