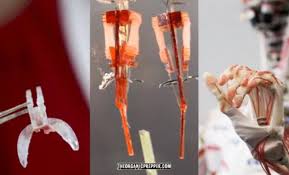 Everyone knows that robots aren't living beings right? Well, we did. That is, until scientists and developers recently announced how they have bridged some of that gap between living and non-living beings.

This new development is a combination of artificial intelligence and biology. In fact, only this week, a research of roboticists and scientists published what is being referred to as a "recipe for making a new lifeform" called xenobots. The xenobots are made from stem cells and the term xeno comes from the frog cells (xenopus laevis) which are used to make them.

One of the researchers involved described the new creation as "neither a traditional robot nor a known species of animal" but instead it is a "new class of artifact: a living, programmable organism."

File this under "What Could Possibly Go Wrong?"

What is a xenobot?

The xenobots are less than 1mm long and are contain 500-1000 living cells. They have a number of shapes, mostly simplistic with some having squat "legs." They are able to propel themselves in linear or circular directions, move small objects, and join together to act collectively. They are able to live up to ten days using their own cellular energy.

Scientists claim that these new "reconfigurable biomachines" can improve human and animal health, but there are many concerns from legal and ethical standpoints.