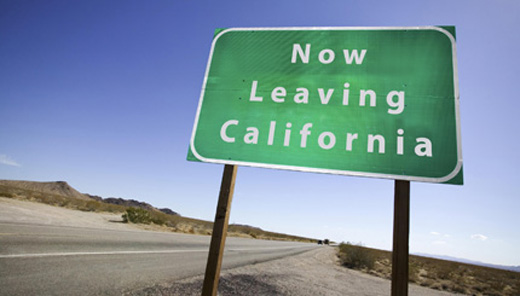 Where California goes today, the rest of the United States and much of the Western world goes tomorrow. But what we are now seeing in America's most populous state is the complete internal collapse of the entire liberal progressive civilization and the society that has most frantically tried to fulfill it

For well over a hundred years, California, the self-styled "Golden State" has trail-blazed  the future of America especially through the two famously American industries of aerospace and motion pictures. Telecommunications, computers and Artificial Intelligence are now led from Silicon Valley and the state has dominated the national politics of the United States too.

California rapidly grew into the wealthiest and largest population US state. It has produced two two-term presidents (Richard Nixon and Ronald Reagan), one of the most important Chief Justices of the Supreme Court (Earl Warren) and the likely next president – current Vice President Kamala Harris if 78-year-old Joe Biden cannot complete his term.

From 1928 to 2004, 14 out of 19 winning presidential election tickets included someone from either California or Texas and Biden's choice of Harris put California back at the heart of national electoral politics last year.

Politically, California remains rock solid liberal. It has not elected a single Republican to national or statewide office since reelecting incumbent Governor Arnold Schwarzenegger in 2006. In 2016, then-Governor Jerry Brown notoriously notoriously handed out state accreditation and driving licenses to untold hundreds of thousands of illegal immigrants, secure in the knowledge that they would all vote Democrat and so it proved. Registered Democrats now hold a 46 percent to 24 percent advantage over registered Republicans statewide.