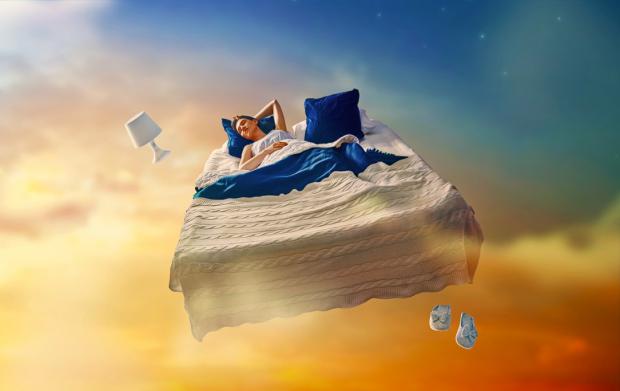 Dreams take us to an alternative reality while we're fast asleep. So, you might not expect that a person in the midst of a vivid dream would be able to perceive incoming questions and provide answers to them. But a new study led by Northwestern University researchers shows that, in fact, they can—and they developed an app for those who'd like to try it at home.

With partners at three universities around the world, they confirmed that real-time dialogue with a dreaming person is possible—and that dreamers were able to solve simple math problems and answer yes-or-no questions.

The researchers studied 36 volunteers who aimed to have a lucid dream, wherein a person is aware that they're dreaming.

Using polysomnographic data, they could confirm that study participants had reached the REM stage of sleep—the rapid eye movement phase in which lucid dreaming can occur.

"We found that individuals in REM sleep can interact with an experimenter and engage in real-time communication," said senior author Ken Paller, professor of psychology and director of the Cognitive Neuroscience Program at Northwestern. "We also showed that dreamers are capable of comprehending questions, engaging in working-memory operations, and producing answers.

"Most people might predict that this would not be possible — that people would either wake up when asked a question or fail to answer, and certainly not comprehend a question without misconstruing it."