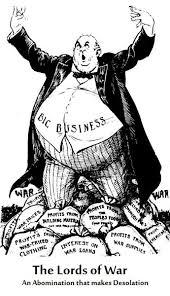 Yes, it's possible that Biden made those decisions. But there is another possibility, one much more likely, one that unfortunately all too many Americans are loath to consider: that it was the U.S. national-security establishment, particularly the Pentagon and the CIA, who made those decisions and that Biden simply deferred to their judgment.

That's what many people simply cannot bring themselves to consider: that it is the national-security establishment, namely the Pentagon, the CIA, the NSA, and, to a certain extent, the FBI, that is actually running the federal government, especially in foreign affairs. The other three branches, while permitted to have the veneer of power, are expected to defer to critical judgments made by the Pentagon, the CIA, and the NSA.