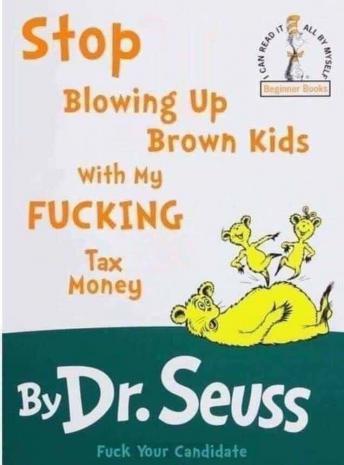 Because if Dr. Seuss and his cartoonish characters can't pass the anti-racism muster of the faces of the left, how can Mark Twain's "The Adventures of Huckleberry Finn," or Laura Ingalls Wilder's "Little House on the Prairie" series, or J.M. Barrie's "Peter Pan," each with their own set of perceived and real stereotypes and slurs? Even Roald Dahl's original "Charlie and the Chocolate Factory" has inspired criticism over the depiction of the Oompa Loompas as jungle-dwellers. Let's not forget Margaret Mitchell's "Gone With the Wind," in all its slavery glory, or Charles Dickens' "Oliver Twist," in all its anti-Semitic glory, or Lynne Reid Banks' "The Indian in the Cupboard," in all its — well, the title speaks volumes on that one, yes?

Even the Bible speaks to the enslavement of various peoples.

Are we to turn off all the offensive to our ears, in some sort of — futile — attempt to whitewash, er, erase, not just history, but fancy and fiction and flights of imaginations?

With Dr. Seuss, born Theodor Seuss Geisel, it's not just a matter of Loudoun County, Virginia, public schools cancelling the annual celebration of the children's author. It's now also the refusal of the Dr. Seuss publisher to print any more copies of select titles by the author because, as the statement goes, "these books portray people in ways that are hurtful and wrong."

Think about that for a moment. The publisher is not going to publish select Dr. Seuss titles because these select titles, written as they were years ago, now seem, in the standards of today's snowflakey, politically correct, overly and eagerly offended, to be racist.