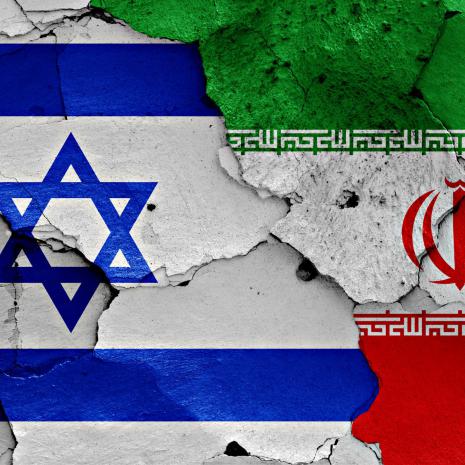 Gantz falsely portrayed Iran's recent steps to advance its civilian nuclear program as the Islamic Republic racing to develop a bomb, something he said Israel would stop. "If the world stops them before, it's very much good. But if not, we must stand independently and we must defend ourselves by ourselves," he said.

Gantz cited nuclear activity that Iran is willing to quickly reverse if the US lifts sanctions and returns to the nuclear deal, known as the JCPOA. But Gantz, like most Israeli officials, is opposed to a revival of the agreement.

Israeli officials have been making veiled threats about attacking Iran if President Biden rejoins the JCPOA. Other incidents in the region that are being blamed on Iran are causing some to fear that Israel might be preparing an attack sooner rather than later.

Without providing evidence for the claim, Israel blamed Iran for an explosion on an Israeli-owned cargo ship in the Gulf of Oman that happened last week. No crew members were hurt, and the ship was back at sea a few days after the incident. When asked about possible retaliation, Israeli Prime Minister Benjamin Netanyahu said Israel was "striking at" Iran throughout the region.

"This is a target map. Each one of them has been checked legally, operationally, intelligence-wise and we are ready to fight," Gantz told the FOX correspondent while handing him a classified map.