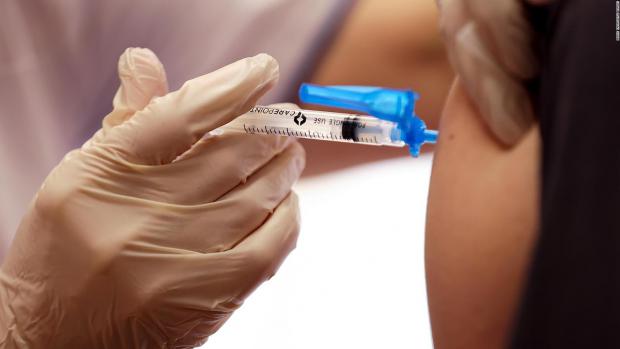 In the name of "equity," Newsom announced Thursday that 40% of all the state's available vaccines will go to Latino communities in the Central Valley and in pockets of LA because Latinos have suffered the most death and illness from COVID.

And there's a catch: Until the Latinos in these areas take the vaccine in higher numbers, California will stay locked down.

State Health and Human Services Director Dr. Mark Ghaly said once the shots are in the arms, the state can reopen.

"As we achieve higher levels of vaccine in the hardest hit communities, we feel more confident that more and more activities across the state can occur," he said in a briefing Thursday.

Once 2 million vaccine doses are given out in those neighborhoods, the state will make it easier for counties to move through reopening tiers that dictate business and school reopenings. With 1.6 million shots administered, he said he expects to hit that target in the next week or two.

Once the state gives out 4 million doses in those neighborhoods, state officials will revise the metrics for reopening sooner.

The new plan swaps out the current color-based tier plan with a person-of-color-based plan.

The Associated Press reported that the governor said getting the vaccines into the arms of Latinos is a "race against exhaustion," whatever that means.

"It is a race against the variants. It's a race against exhaustion. It's a race to safely, thoughtfully open our economy, mindful that it has to be an economy that doesn't leave people behind, that is truly inclusive," Newsom, a Democrat, said at a news conference. He also encouraged people to wear two masks.