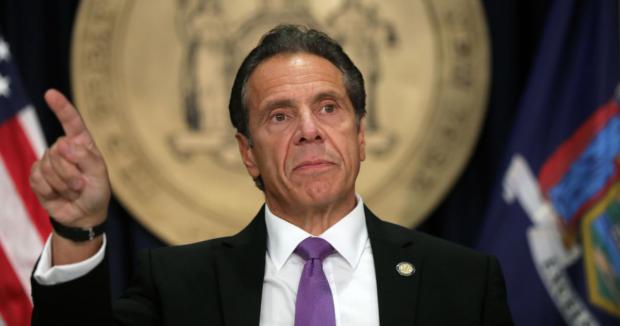 A top Democratic lawmaker in New York has called on Governor Andrew Cuomo to resign after a fifth woman came forward to accuse him of sexual harassment.

The latest allegations prompted State Senate Majority Leader Andrea Stewart-Cousins, a fellow Democrat, to demand the governor's resignation in a statement on Sunday.

'For the good of the state Governor Cuomo must resign,' said Stewart-Cousins, who has publicly sparred with Cuomo in the past. 'Every day there is another account that is drawing away from the business of government.'

'We have allegations about sexual harassment, a toxic work environment, the loss of credibility surrounding the COVID-19 nursing home data and questions about the construction of a major infrastructure project,' added Stewart-Cousins, referring to the numerous controversies swirling in Albany.

In a call with reporters on Sunday, Cuomo vowed not to step down, and said that fresh allegations from accuser Karen Hinton were 'not true,' labeling Hinton a 'long-time political adversary of mine.'

'There is no way I resign. Let the attorney general do the investigation and go from there,' Cuomo said, adding that he will not be 'distracted' by the allegations.

On Saturday, Ana Liss, 35, and Hinton, 62, both made separate allegations of sexual harassment against Cuomo, 63, bringing the total number of accusers up to five.

Liss, who previously served as Cuomo's policy and operations aide between 2013 and 2015, told the Wall Street Journal that during her time in his administration, the governor had subjected her to unsolicited advances, including touching her lower back, kissing her hand and quizzing her about her love life.