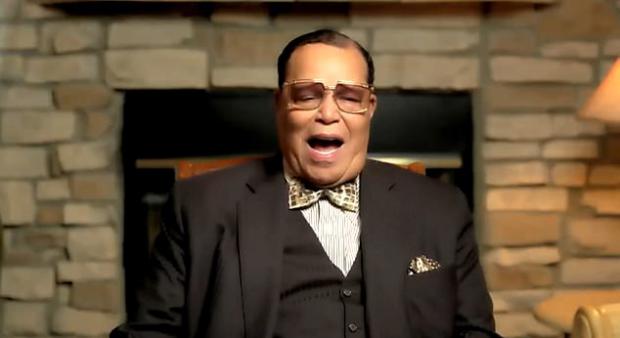 Nation of Islam leader Louis Farrakhan told believers that the COVID-19 vaccine is a 'vial of death,' a claim that was shared on Twitter and Facebook despite their misinformation policies.

A video of Farrakhan saying the vaccine 'is death itself' was reportedly shared on Facebook and YouTube, where it remained until Saturday night, according to Fox News.

A link to the video still remains on Twitter despite Farrakhan comparing the vaccine to the Kool-Aid from the Jonestown Massacre of 1978 when more than 900 members of an American cult called the Peoples Temple died in a mass suicide-murder under the direction of their leader Jim Jones.

'By rushing so fast to get something out, bypassing normal steps in a true vaccine, now God is going to turn your vaccine into death in a hurry,' Farrakhan told his congregation.

He continued: 'Since you love to take the vaccine then eat death.'

During his speech, he also slammed the media and social media for trying to censor people who have 'another opposing view'.

Last week, Twitter said it is using human reviewers to determine whether tweets violate its policy against COVID vaccine misinformation.