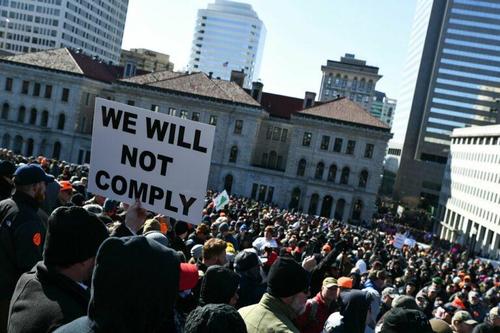 Authored by Brandon Smith via Alt-Market.us,

Three months ago in December I published an article titled 'Is The Globalist Reset Failing? The Elites May Have Overplayed Their Hand'. I was specifically interested in the development of the pandemic "crisis", the lockdown mandates of governments worldwide, the bizarre vaccination campaign for the new and under-tested mRNA cocktail which was rushed out to the public in the span of six months, the World Economic Forum's open statements that they hoped to exploit the pandemic as a springboard for their globalist agenda, and the public's reaction to it all.

I have to say, I continue to see a divergence in what the elites clearly wanted to happen vs. what has actually happened. If the Event 201 pandemic war game on a coronavirus outbreak, held two months before the actual outbreak occurred in China, is any indication, then the globalists greatly overestimated the fear effect of Covid.

They predicted at least 65 million deaths from a coronavirus outbreak, but over a year has passed since the pandemic went international and the official death count stands at 2.5 million, with over 40% of deaths in the US attributed to nursing home patients that were ALREADY dying from preexisting conditions. Removing suspect nursing home deaths from the equation, the death count is probably closer to 1.5 million, again, if we adhere to official estimates.

French police declare they are no longer participating in lockdown