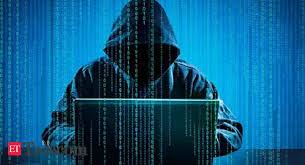 The websites of the http://Kremlin.ru, Roskomnadzor, and the Russian government, have gone down following the announcement.

It comes after reports the US was preparing a retaliation cyber attack against Russia. White House officials told the New York Times that the first major move is expected over the next three weeks and that the Government was planning a 'series of clandestine actions across Russian networks'.

Sources said the actions would be less evident to outsiders but would send a clear signal to President Vladimir V. Putin and his officials. They added that cyber attacks could be combined with more economic sanctions. President Joe Biden is also expected to sign an executive order to strengthen government networks to crack down on the escalating cyberconflict.

Russia's state communications watchdog Roskomnadzor said on Wednesday it was restricting the use of Twitter by slowing down its speed.

official web sites of the Russian President, Duma, Federation Council, others, are paralyzed.

Is this execution of the threat recently issued via the New York Times?

Homelessness Is Becoming A Crisis Of Epic Proportions In The US