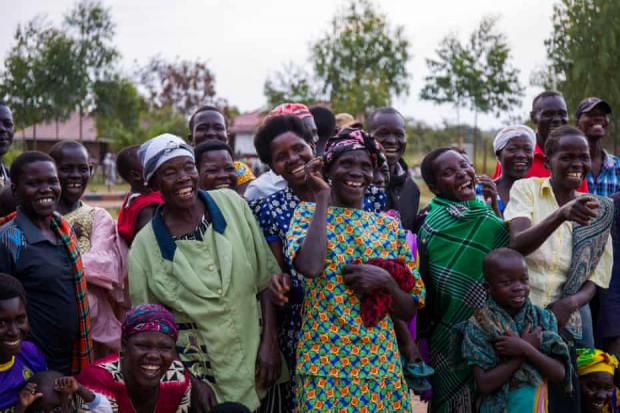 Okere Mom-Kok was destroyed during the Ugandan Civil War in the 1980s, but is now being rebuilt into a sustainable community that's home to 4,000 people.

Okere City is based around sustainable principles like renewable energy and the sustainable harvesting of natural resources.

The village has a clinic, church, school, a nightclub that doubles as a community center, markets, bars, and a bank. Electricity generated through solar energy is available to everyone, and clean water—thanks to modern borehole methods—keeps the all-too-normal cholera outbreaks in the region at bay.

An expert in international development and graduate of the London School of Economics, Ojok Okello started the project with a $54,000 investment from his own pocket. The village of Okere Mom-Kok was where he had some extended family, and it was during a visit that he decided to put what he learned in university to action.

"I don't want this project to be at the mercy of some white people," Okello told The Guardian, explaining how he had seen many NGO-funded projects on the continent fail by not involving the very communities they were helping.