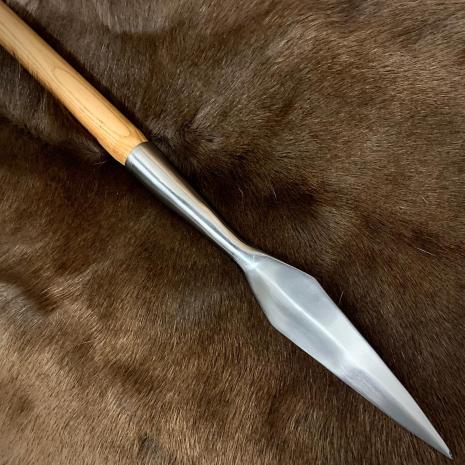 In a decision denying bail to one of the January 6 protestors, Jacob Anthony Chansley, who is often referred to as the "QAnon Shaman," Lamberth no doubt succeeded in calming the fears of Washington lawmakers and members of the mainstream press who remain convinced that there was a serious danger posed by the January 6 "insurrectionists," "revolutionaries," "insurgents," "rebels," "terrorists," "traitors," "overthrowers," and "rioters" who were supposedly attempting to violently take over the reins of the federal government.

One of the most fascinating aspects of this phenomenon is the weapon that Chansley chose to lead the charge to take over the Capitol. He used a spear, a weapon so dangerous that Lamberth cited it as one of the principal reasons that he was denying pretrial bail to Chansley.

A spear? Yes, a spear! What could be more dangerous than that? No, don't say an AR-15 or a Glock 19. Those weapons run the risk of malfunctioning or misfiring. Moreover, unless a person is highly trained in the use of firearms, one runs the definite risk of missing the target when firing.

A spear is obviously a much more effective weapon to employ when trying to violently overthrow a government. A spear doesn't lock up and misfire. And it's virtually impossible to miss with a spear. Moreover, its history as a weapon goes back a lot further than the history of guns.