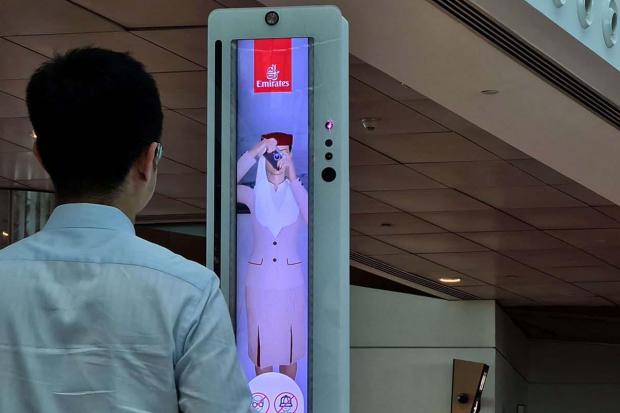 Under the guise of the virus pandemic, United Arab Emirates (UAE) launched the contactless technology that helps stem the virus spread. Even though the new system allows quick trips through security checkpoints, there are mounting concerns about mass surveillance in the federation of seven sheikhdoms.

According to the AP, UAE ranks the highest globally on a per capita basis of surveillance camera concentration. Many of the cameras are tethered to artificial intelligence systems that make it possible for the government to track anyone, anywhere.

On Sunday, the first travelers used the new iris scanner after checking in - it allowed them to "breeze through passport control within seconds," said AP.

"The future is coming," said Major Gen. Obaid Mehayer Bin Suroor, deputy director of the General Directorate of Residency and Foreign Affairs. "Now, all the procedures have become 'smart,' around five to six seconds."

Bin Suroor said Dubai's immigration office "completely protects" the private data so that "no third party can see it." But with limited information on the new biometric technology, there's no telling who could misuse the data.

"Any surveillance technology raises red flags, regardless of what kind of country it's in," said Jonathan Frankle, a doctoral student in artificial intelligence at the Massachusetts Institute of Technology." But in a democratic country, if the surveillance technology is used transparently, at least there's an opportunity to have a public conversation about it."