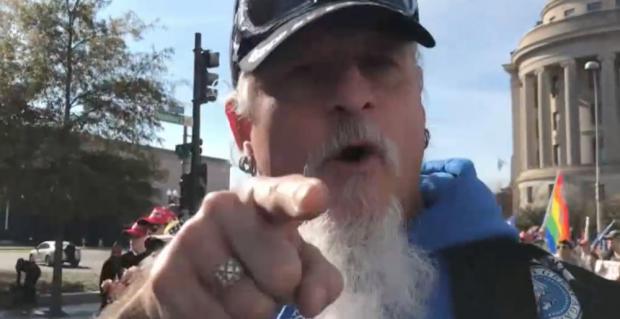 Official court documents obtained by MetalSucks show that Schaffer (through his attorneys), citing 18 U.S.C. § 3161(b), known as The Speedy Trial Act, claims that the government has failed to file an Information or an Indictment within 30 days of Schaffer's arrest (by February 18, 2021). The motion specifies that "The Government has not filed either an Information or Indictment and the Complaint must be dismissed."

As of March 8, Schaffer was still being held in the same Marion County, Indiana jail he has been in since turning himself in on January 17, a time period of 48 days.

An article on Politico published today, March 10, indicates there is a backlog in cases related to the January 6 Capitol riots resulting from the sheer number of them. "The Justice Department and the courts are going to extraordinary lengths to prosecute and process hundreds of people who allegedly breached the Capitol on Jan. 6," it says, detailing that prosecutors have been brought in from other districts to help with the caseload. For context, the article says, the U.S. Attorney's Office in Washington has in 2021 so far handed down less than 20 federal prosecutions that aren't connected to the Capitol assault, a number representative of the office's usual caseload. It is currently tasked with handling more than 250 related to the Capitol breach.