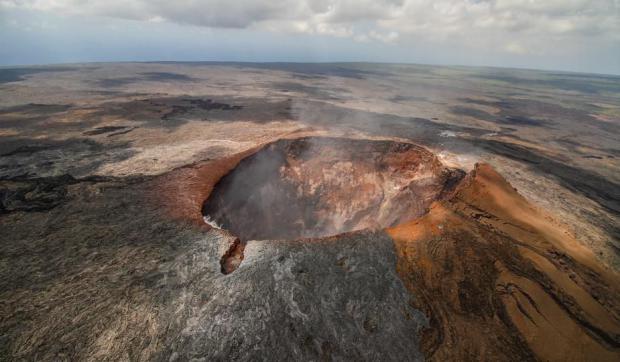 Scientists monitoring the unsettled geological activity on Hawaii's biggest island say that while an eruption of the volcano that dominates the landscape isn't yet imminent, Mauna Loa's long nap may be coming to an end.

The Big Island of Hawaii is really a collection of five volcanoes poking out of the Pacific Ocean, including one of the world's most active - Kilauea - and the world's largest: Mauna Loa, making up about half the island's land mass.

Kilauea has been in the throes of a fiery, dramatic and sometimes destructive eruptive period for decades now. And while the smaller shield volcano on Mauna Loa's eastern slope garners international attention for its tantrums, its big sibling has been slumbering since it last erupted in 1984.

But over the past week, the Hawaii Volcano Observatory recorded over 200 small magnitude earthquakes below Mauna Loa. These and other observations of increased activity in recent weeks all point to an increased flow of magma into the volcano's shallow storage system, according to the HVO.

In other words, Mauna Loa is slowly waking up.

While scientists emphasize that an eruption isn't necessarily going to happen today or tomorrow, this week the HVO put out a release urging that "now is the time to revisit personal eruption plans."