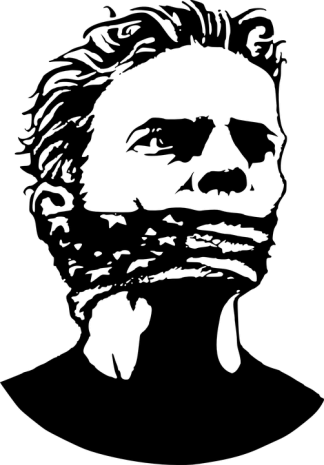 From the barricading of the U.S. Capitol since January 6th to the shrill calls for continued lockdowns over a virus mostly behind us, we see those with power lashing out trying to hold on to it.

And it's no more obvious than in the lockdowns on speech. In the past week we've seen another major assault on Twitter-alternative Gab. A massive attack on its security architecture handing out the passwords and information of millions of users to the dark web.

Then Texas Governor Greg Abbott, you know the guy who let millions of Texans freeze last month rather than order the coal-fired plants brought online in defiance of the DoE, piles on calling Gab "anti-semetic."

Abbott's just doing what he's paid to do, serve everyone but Texas.

Gab CEO Andrew Torba then informed us that the attacks on Gab are far deeper than even a putz like Abbott's. The relentless pressure to cut his company off from the doing business continues, with bank after bank refusing to do business with them.

Honestly, taking a step back, is this at all rational? All Torba and Gab want to do is operate a social media platform that conforms, ruthlessly, to the first amendment. Nothing more, nothing less.

It's not like Gab is funded by foreign intelligence services spreading obvious agitprop and propaganda. No, sorry, that's the job of the mainstream media and Twitter.

Soldier with a swastika tattooed on his testicle is jailed for 19 months for breaching...

Government Threatens Retired Engineer With a Crime for Doing Math