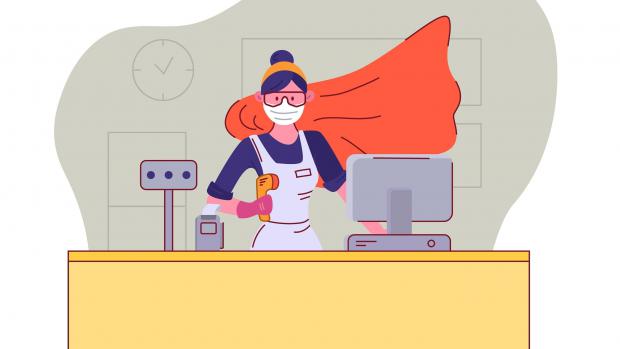 That immediately resulted in two of the biggest Kroger stores in the area closing their doors permanently, putting hundreds of people out of work. At the time, I noted that a number of other large municipalities in the Golden State were either already drafting or considering similar legislation.

But having seen what happened in Long Beach, they thankfully had sufficient warning not to make the same mistake.

Or so you would have thought. But as it turns out, you'd have been wrong. Los Angeles plunged ahead and passed the same type of law, only they upped the ante and made it five dollars per hour. Try not to faint from shock when I tell you that three more Kroger stores shut down in short order. If only someone could have somehow foreseen this and avoided all of these closures. (Washington Examiner)

The list of Southern California stores that have been forced to close over government-implemented "hero pay" hikes has grown to five after three more locations announced they will close their doors.

Two Ralph's locations and one Food 4 Less location, both owned by the grocery giant Kroger, in West Los Angeles will close due in part, the company says, to a Los Angeles City Council mandate requiring some employers to provide an additional $5 per hour in hazard pay for workers on the "front-lines" during the coronavirus pandemic, according to Fox 11 Los Angeles.

"The mandate will add an additional $20 million in operating costs over the next 120 days, making it financially unsustainable to continue operating underperforming locations," Kroger said in a news release.