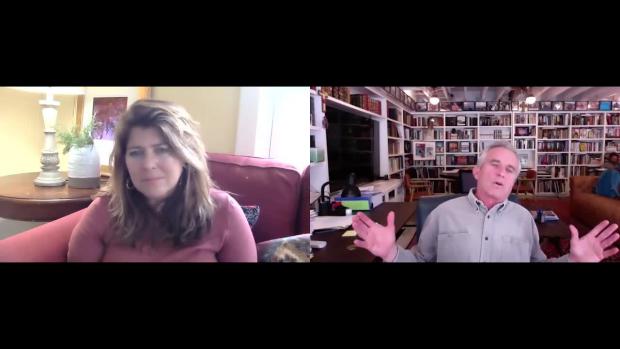 In the latest episode of "TRUTH" with Robert F. Kennedy, Jr., Kennedy sat down with the iconic Naomi Wolf for a spirited discussion on abuse of power, standing up to tyranny and preserving our Constitution. Wolf explained how tyrants always follow the same predictable route in their attempts to bring democracies to a close and how she believes our society has reached "Step 10" of her "Fascism in 10 Easy Steps."

Highlights of their conversation include:

We're reaching a point reminiscent of what led to the American Revolution: People were willing to die rather than give up their rights.

The Constitution wasn't written for easy times but for emergencies such as the current COVID crisis.

Arbitrary restrictions are being put in place by those abusing emergency powers at local, state and federal levels.

In a free society, points are made and arguments won through free speech and open debate rather than censoring opinions that differ from ours.

Authoritarianism has no place in medicine although most liberals are accepting edicts promoted by Dr. Fauci and Bill Gates.

Direct-to-consumer advertising that started in 1997 marked the beginning of Pharma's takeover of American media.

Democrats are leading the "biofascism" charge.

There's no science to back up the widespread suspension of our Constitutional rights.

Non-partisan grassroots efforts are gaining momentum and can preserve our freedom and prevent totalitarian takeover.