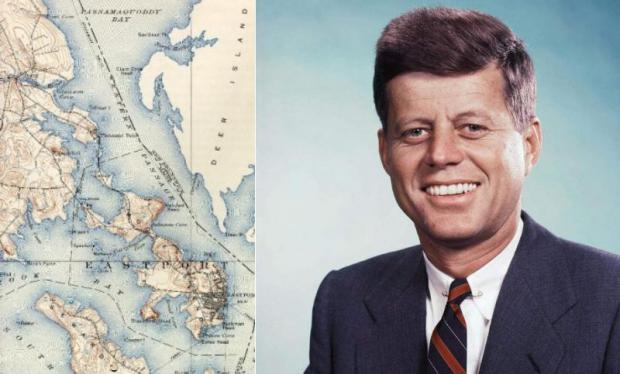 The article describes John F Kennedy's dream of a new energy project of awesome dimensions: the Passamaquoddy Tidal venture, which would have used huge water turbines to produce electricity for both America and Canada.

It would also have provided a model for the rest of the world.

I publish this account in the context of the Biden administration's plan to convert huge tracts of privately owned US land to federally controlled property. On that land, relatively feeble "clean energy" technologies would replace, oil, coal, and natural gas—an unmitigated disaster.

It's intentional. It's part and parcel of the technocratic program to LOWER THE PRODUCTION AND USE OF ENERGY ALL OVER THE WORLD…

Actually, not saving anything, but instead, further destroying the lives of people from one end of the world to the other, by condemning them to far less available energy.

This article is about the use of giant turbines submerged in water tides, and the resultant production of energy. JFK was vitally interested in the breakthrough Passamaquoddy Tidal Project, from the 1950s until his assassination in 1963. His public remarks, which I include in this piece, prove that fact.