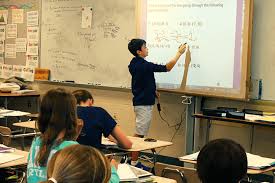 Mandatory teaching standards that focus on critical theory and identity politics to the detriment of liberalism and individualism are already working their way through state legislatures.

Among the educators' recommendations, which officials in some states are promoting, are calls to "identify and challenge the ways that math is used to uphold capitalist, imperialist, and racist views," "provide learning opportunities that use math as resistance," and "encourage them to disrupt the disproportionate push-out of people of color in [STEM] fields."

Beyond activism, these recommendations also argue that traditional approaches to math education promote racism and white supremacy, such as requiring students to show their work or prioritizing correct answers to math problems. The document claims that current math teaching is problematic because it focuses on "reinforcing objectivity and the idea that there is only one right way" while it "also reinforces paternalism."