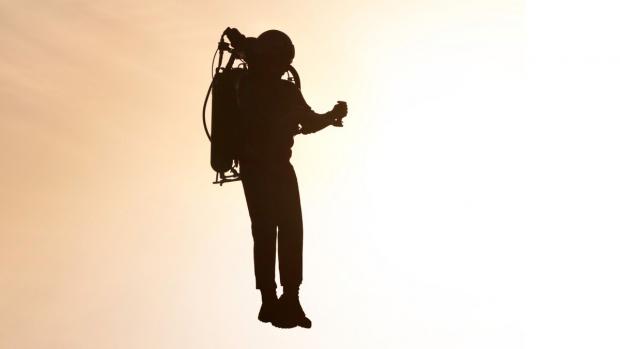 According to a solicitation first reported by Task & Purpose, "These platforms could serve a variety of military missions, enabling cost effective mission utility and agility in areas such as personnel logistics [and] urban augmented combat."

This isn't the first time in recent memory that the U.S. military has considered affixing a rocket or wings to the backs of service members and shooting them into the atmosphere. In 2019, Special Operations Command sought to develop "individual lift devices" and found a partner to make it happen.

California-based JetPack Aviation is working on an ILD turbine engine system that is expected to carry special operators 200 miles an hour, for up to 10 minutes, so they can fly from base to battle, hair whipping and lips flapping in the wind. Exhilarating.

Luckily, the DARPA request also gives me some hope that a system for civilians could one day follow, particularly this line: "When deployed, the platform will be designed with simplified operations in mind, so that someone unfamiliar with the platform could be educated in its safe and effective use with relatively little training."