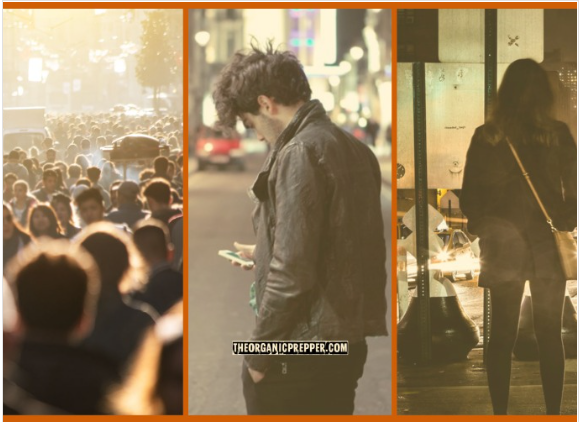 From the extensive list of skills necessary to survive (and not only in SHTF), situational awareness is perhaps the one needed the most to stay alive in the first place. Even with the 7 Pillars of Urban Preparedness in place, no amount of food, ammo, or other ability will matter much to someone caught with their head in the clouds in a disaster or attack.

And that holds true not only in SHTF. Even when things are normal, there are dangers of all kinds lurking. Here I'm talking about the urban environment in particular. As Selco and I both say: The majority of us actually live in urban settings, so there is a reason why we need to pay more attention to preparing for urban survival. Cities are heterogeneous places. The sheer density and variety of people, vehicles, buildings, and structures, the multitude of systems and activities simultaneously taking place day and night – all that (and more) poses its own set of threats to our physical, financial and psychological integrity.

What is situational awareness?

In simple terms, it's the ability to be aware of everything that's happening around us. More specifically, it's the perception of the environment and its elements, the understanding of its components, and the projection of possible scenarios. Everything considered I'd say situational awareness is more a mindset than a skill.

Unlike animals in the wilderness, we don't need awareness to find food or water in the city (maybe not yet, perhaps when the SHTF). But it's extremely useful to navigate the various threats of the urban context. Being aware is the best way to avoid dangerous situations.

As Toby points out in the 7th Pillar-Personal Safety:

If you know there is a bad situation going down, don't be there. That is as safe as you can be. For whatever reason, many people struggle with the "curiosity killed the cat: type thing. They just can't help but head towards trouble just to see what's going on. Don't do it. The goal here is to stay alive and uninjured and as functional as possible. Avoiding trouble is a massive leap in the right direction toward that goal.