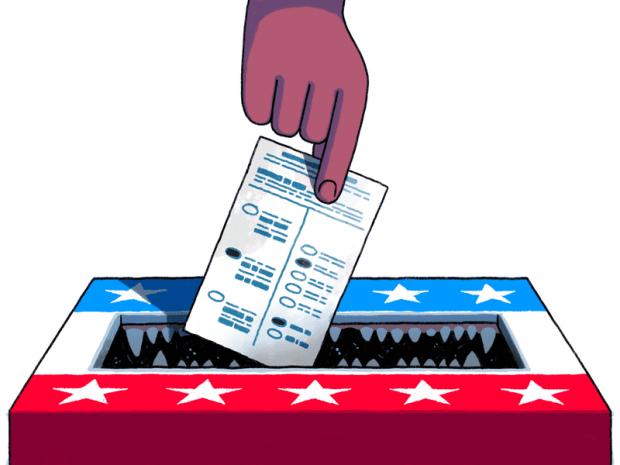 A crime so big that parts of the government must have been "a participant, active or passive, enabling vote fraud." These were part of the team that didn't investigate Hunter Bidens lap top for nearly a year….

The criminal profilers estimate that the crime was so well developed that small runs of fraud must have been already at work, in test runs in past elections, and they want to hunt for that evidence now…

And they warn that unless they are caught, the fraudsters will only grow. The good news is that there is already insurance software that can check and catch dead, moved, and out of state voters on-the-spot as they try to vote. But the legislatures and FBI aren't going to do that unless The People speak loudly and speak now…

If these experts can predict where and when the worst future election fraud is most likely to occur, we just hope that somehow someway there predictions can be used to stop it.

The Sovereign Crime of Industrial Scale Vote Fraud
By Jay Valentine, American Thinker
Our team members were the lead builders of one of the world's most sophisticated criminal profiling systems in use by law enforcement today.  We broke the eBay auction fraud rings and deployed a never-before-used technology to end auction fraud as an emerging crime category. We identified numerous Medicaid fraud rings and were hired by most of the top 10 property and casualty insurance firms to solve auto crash rings that eluded the FBI and every fraud technology.