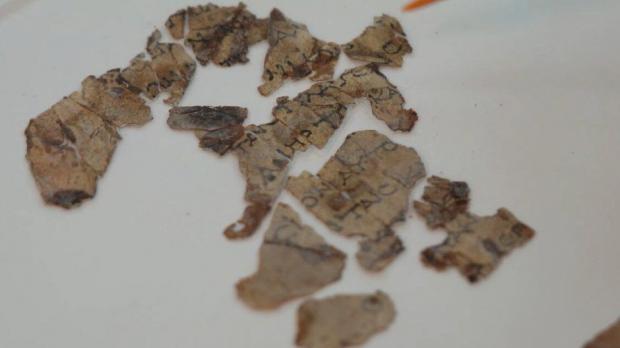 We just witnessed one of the most exciting archaeological discoveries in decades.  For the first time in 60 years, new Dead Sea Scroll fragments have been discovered, and Israeli authorities are telling us that archaeologists will continue to carefully search the area to see if they can find more.  Due to the extremely dry conditions in the region, the fragments that have been recovered are extremely well preserved even though they appear to have been written before the time of Christ.  But to me, the biggest part of this story is what the fragments actually say.

We'll get to that in a moment, but first I want to talk about where we are at on the calendar.

When the sun went down on Saturday, March 13th that marked the beginning of a new year on the calendar that God gave us in the Bible.  Of course hardly anyone in the world actually acknowledges it as "the new year", but sunset on Saturday was when the first day of the first month of the year began according to the Biblical calendar.

And since this also happened as the seventh day of the week was ending, sunset on Saturday also marked the beginning of a brand new week.

So it was one of those rare instances when a Biblical day, a Biblical week, a Biblical month and a Biblical year all started at the exact same moment.

Personally, I believe that this is very significant.

And just a couple of days later, it has been announced that portions of the Dead Sea Scrolls have been discovered for the first time in 60 years…

Dozens of fragments of a Dead Sea Scroll bearing biblical text have been found by archaeologists working in the Judean Desert, the Israeli government said Tuesday.

???????"Lines Down The Street" - People Wait Five Hours To Fill Up Amid Gas Shortages