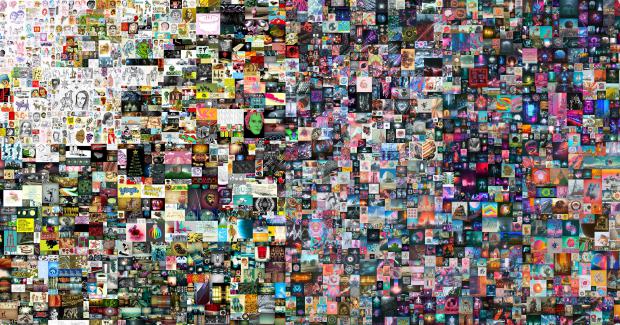 The growing boom in non-fungible tokens - digital assets that are one of one, as opposed to cryptocurrencies that are one of many - was long overdue. Applying a technology that enables digital bearer instruments to things like art, music and collectibles makes a lot of sense, and is arguably even more intuitive than applying it to money. That's why I opened my first blockchain book by talking about the music industry.

If you spend some time reading up on NFTs in traditional publications such as the New York Times and Rolling Stone, then what you'll detect is a collective sigh of relief. The world is slowly realizing that public blockchain networks like Ethereum enables creators to climb out of the digital dungeon they've been trapped in for the past 20 years.

To understand their predicament, consider this: Music consumption has exploded in the digital era, with more people listening to more music than ever before.

Music revenues on the other hand have imploded. Despite the popularity of streaming, musicians are still making less money from selling music than they did decades ago. Selling tapes and CDs had its limitations — like forced reliance on record labels who controlled the means of production — but the scarcity of those items enabled a simple business model for creators.

Digitization changed all of that, in a bad way. It's no coincidence that the peak in the chart below occurred in the same year as the launch of Napster. Lack of digital scarcity has forced musicians to surrender to the streaming model, even though the economics are broken for many artists, and there is now yet another middleman taking a cut.