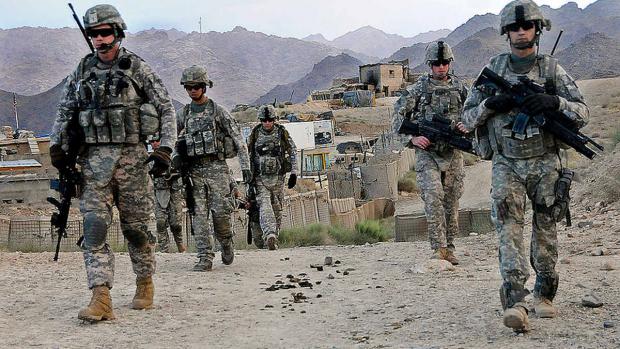 Appointed in the final days of Trump's presidency to remove all US troops from Afghanistan, Douglas Macgregor tells The Grayzone how military leadership undermined the withdrawal and pressured Trump to capitulate.

In an exclusive interview with The Grayzone Col. Douglas Macgregor, a former senior advisor to the Acting Secretary of Defense, revealed that President Donald Trump shocked the US military only days after the election last November by signing a presidential order calling for the withdrawal of all remaining US troops from Afghanistan by the end of the year.

As Macgregor explained to The Grayzone, the order to withdraw was met with intense pressure from the Chairman of the Joint Chiefs of Staff, Gen. Mark M. Milley, which caused the president to capitulate. Trump agreed to withdraw only half of the 5,000 remaining troops in the country. Neither Trump's order nor the pressure from the JCS Chairman was reported by the national media at the time.

The president's surrender represented the Pentagon's latest victory in a year-long campaign to sabotage the US-Taliban peace agreement signed in February 2020. Military and DOD leaders thus extended the disastrous and unpopular 20-year US war in Afghanistan into the administration of President Joseph Biden.

A peace agreement the Pentagon was determined to subvert

The subversion of the peace agreement with the Taliban initiated by the US military leadership in Washington and Afghanistan began almost as soon as Trump's personal envoy Zalmay Khalilzad negotiated a tentative deal in November 2019. The campaign to undermine presidential authority was actively supported by then-Secretary of Defense Mark Esper.