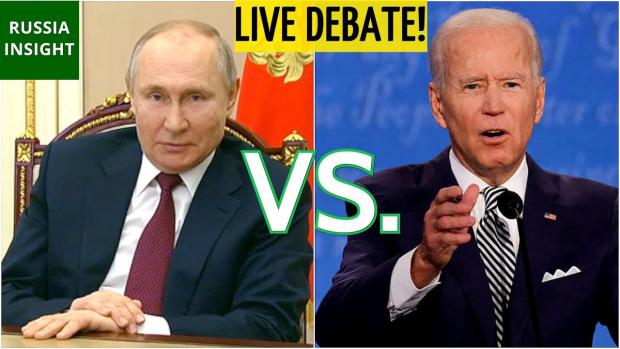 "I've just thought of this now... I want to propose to President Biden to continue our discussion, but on the condition that we do it basically live, as it's called. Without any delays and directly in an open, direct discussion. It seems to me that would be interesting for the people of Russia and for the people of the United States."

"I don't want to put this off for long. I want to go the taiga this weekend to relax a little," Putin said.

"So we could do it tomorrow or Monday. We are ready at any time convenient for the American side."

"I would say to him: 'Be well.' I wish him good health. I say that without any irony, without jokes," Putin said.

The whole world knows that we have no leadership at the top just an empty suit with a teleprompter (and he can't even get that right).

They look at America's weakness right now and are salivating.