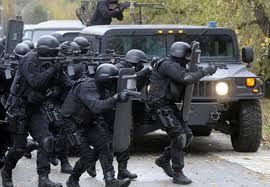 In 1992, a federal siege occurred in Boundary County, Idaho, at a location known as Ruby Ridge.  The eleven-day siege lasted from August 21-31 and resulted in the deaths of one U.S. Marshall, and the wife and son of Randy Weaver, the target of the siege.  This event captured the attention of the nation. To secure the land around this seven-person home composed of three adults and four children, the federal government saw fit to send in hundreds of federal agents, as well as associated vehicles and air support.

The reasons for the siege are not pertinent here, but the fact is many lessons were learned as a result.  Those lessons revolved around Rules of Engagement, the use of force, and other legal concerns.  One would have hoped the lessons would be applied in future encounters, but in 1993 the same FBI Hostage Rescue Team commander took part in the siege and raid of the Branch Davidian compound in Waco, Texas. After fifty-one days, the compound was breached and seventy-five people were killed, including twenty-five children.  Nearly thirty years after Ruby Ridge, it seems that the only real lesson federal agencies applied from Ruby Ridge and Waco is that they needed to do a better job of keeping their activities out of the eyes of the public.  Why?  Because a similar event occurred in Western Montana on February 2, 2021, and it's likely you've not heard anything about it.