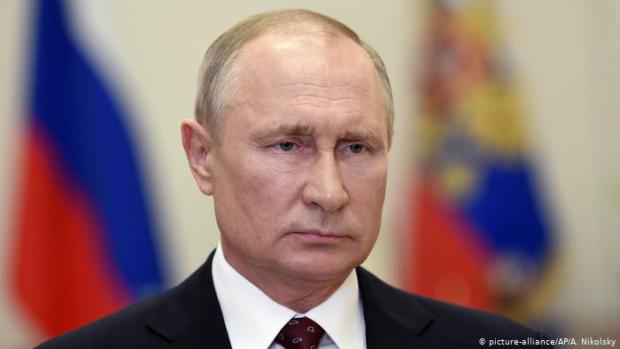 I wasn't being a wise guy. I was alone with him in his office, that's how it came about," Biden continued. "It was when President Bush had said, 'I've looked in his eyes and saw his soul.' I said, 'I looked in your eyes, and I don't think you have a soul.' He looked back and he said, 'We understand each other.' "
— ABC News, Joe Biden with George Stephanopoulos on V. Putin of Russia

Somehow, I don't think Joe Biden understood what he thought Vladimir Putin understood about what they mutually understood. If I had to guess, I'd say that Mr. Putin understood Joe Biden to be the most pathetic blustering schlemiel he'd ever encountered on the international scene. But that must have been before Mr. B was installed in the White House by powers and persons unseen because it's evident now that his handlers do not allow him to talk to foreign leaders, not even on the phone. Ms. Harris does that.

The alleged president went on to tell  Mr. Stephanopoulos that Mr. Putin was "a killer" who would "soon pay a price" for interfering in the 2020 election. In turn, Mr. Putin promptly called the Russian ambassador back home "for consultations," which is generally what happens when one country makes warlike noises to another country.

Mr. Putin added a tantalizing taunt days later, saying. "I've just thought of this now," he said. "I want to propose to President Biden to continue our discussion, but on the condition that we do it basically live, as it's called. Without any delays and directly in an open, direct discussion. It seems to me that would be interesting for the people of Russia and for the people of the United States. "I don't want to put this off for long. I want to go the taiga this weekend to relax a little," Mr. Putin went on. "So, we could do it tomorrow or Monday. We are ready at any time convenient for the American side."