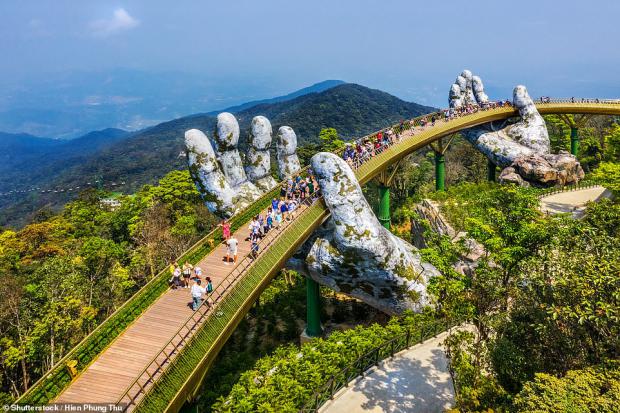 The Taj Mahal, the Acropolis, Angkor Wat, Machu Picchu... the list of the world's wonders has not changed much over the decades.

But now we are dreaming extra hard of the next great journey, is it time to think again? The world's great sights will always retain their allure. But the new millennium has seen fresh wonders appearing on our travel itineraries.

And they are millennial sites in another sense, too: they have been created for the smartphone generation who have never had to wait for holiday photographs to be developed.

The Old Wonders gained their status the hard way, surviving hundreds or even thousands of years, earning their place as sites of cultural, religious or artistic value. In contrast, the New Wonders are designed to make an instant impact, offering the 'wow factor' and 'awesomeness' in spades.

Of course, there will be doubters aplenty. When it was being built, many locals could not stand the Sydney Opera House.

Yet 40 years after its 1973 opening, the consultancy Deloitte estimated its 'cultural and iconic' value to Australia at £2.5 billion.

There were similar grumbles about the London Eye before its opening in 2000. Now there are Eye-replicas across the globe (Dubai's being the latest).