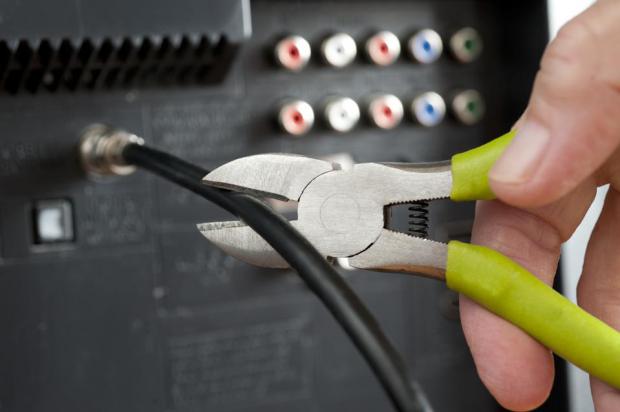 The survey of more than 1,500 US adults from Jan. 25 to Feb. 8, 2021, found cable and satellite users among all US adults have plunged from 76% in 2015 to 56% last month. About 71% of respondents said they don't subscribe to cable or satellite because video content is abundant online. In comparison, 69% said cable or satellite costs are too high, and 45% of them don't watch enough TV to justify to costs of cable or satellite.

The acceleration of cord-cutting is rapidly transforming how content is viewed. The coronavirus pandemic exacerbated the trend as many gravitated towards popular streaming services like Netflix and Hulu have gained popularity.

Pew finds, "27% of U.S. adults are "cord cutters" and 17% have never had a cable or satellite subscription."

The survey reveals demographic trends among cord-cutters. What's notable in the chart below is that the share of 18 to 29-year-olds subscribing to cable or satellite has plunged from 65% in 2015 to 34% as of last month. Meanwhile, baby boomers are perfectly contempt with cable or satellite with a minimal decline over the previous six years.

"Not only do young adults stand out for not using cable or satellite TV, they are also much more likely than their elders to have never gotten TV at home via cable or satellite – and to say they don't subscribe because they can find the content they want online," said Pew

What should be shocking for cable or satellite companies is that 61% of those who are ages 18 to 29 have never been a subscriber - with 91% of them indicating there's enough content online to watch - 57% say cable or satellite services are too expensive - and 53% of them say they don't watch enough TV.