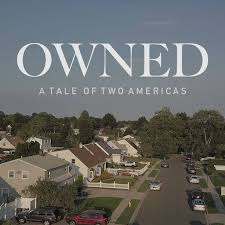 The 83-minute documentary unearths the complex and often troubling history of house policies in the US in a post–World War II era. It covers a lot of ground, such as the federal government's housing policies that have, for decades, contribute to current racial/wealthy inequalities.

This is a bold attempt to address racial, cultural, socio-economic factors in one way to describe today's record wealth inequalities.

Here's a synopsis of the documentary:

The United States' postwar housing policy created the world's largest middle class. It also set America on two divergent paths -- one of imagined wealth, propped up by speculation and endless booms-and-busts, and the other in systematically defunded, segregated communities, where the American dream feels hopelessly out of reach.

Some ten years after the last housing collapse and well into a perceived upswing, the election of Donald Trump and urban uprisings in places like Baltimore suggest that there's a far more fundamental problem with housing policy in America. And we haven't even begun to recover.

Owned is a incisive look into the dark history behind the US housing economy. Tracking its overtly racist beginnings to its unbridled commoditization, the doc exposes a foundational story few Americans understand as their own

"Home ownership to me means freedom—strictly. The more and more I evaluate this world, the more and more I understand: when you don't own anything, you are nothing." That's how Greg Butler, a young black house flipper, sums up his view of the American dream.

In 2008, the US housing market became the epicenter of an unprecedented global economic collapse. In the years since, protests in cities like Baltimore have highlighted the stark racial disparities that define many American cities. The crash of suburbia and urban unrest are not unrelated -- they are two sides of the same coin, two divergent paths set in motion by the United States' post-war housing policy.