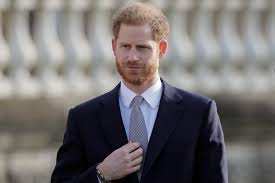 He said: 'The experience of today's digital world has us inundated with an avalanche of misinformation, affecting our ability as individuals as well as societies to think clearly and truly understand the world'

The Duke was unveiled Tuesday morning as the chief impact officer at BetterUp, a $1.73billion startup

BetterUp's boss has refused to say what the prince is being paid, but insists he is perfect for the 'meaty' role

UFOs Are Real: It's Time to Talk About Gray Privilege

Back In NY! - Jason Bermas