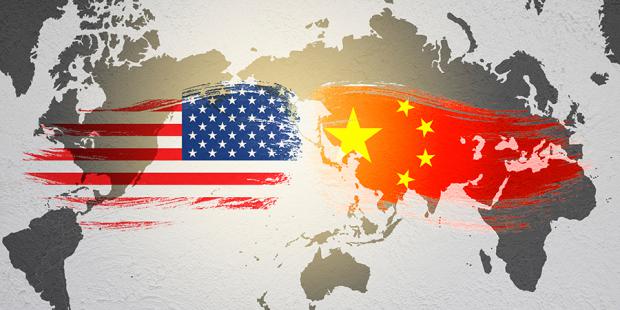 Beijing warns US and its UK, Canadian, Australian, and New Zealand puppets to give up pretending they constitute "world opinion."  https://www.rt.com/news/519004-china-five-eyes-west-xinjiang/

This rebuke to the "Five Eyes" follows a strong dressing down delivered by Yang Jiechi, a ruling member of the Chinese government to the Biden regime at the Alaska talks.  Yang Jiechi told the US delegation that "the United States does not have the qualification to say that it wants to speak to China from a position of strength."  In other words, who do you think you are?  Where did you get the idea that your self-serving position constitutes international public opinion and that you can lean on us to comply with your position?

In their most recent public statements President Putin and Foreign Minister Lavrov have stopped pleading with the West to be nice.  Putin acknowledged that Washington only wants a hegemonic relationship with Russia, a relationship inconsistent with Russian sovereignty, and Lavrov said that the EU's hostility to Russia could result in Russia breaking off relations with Europe.

Washington is probably too arrogant to hear what it is being told.  This is why I am concerned that Washington's hegemonic aspiration can result in a devastating war.  It is easy to rouse Americans, especially patriotic Trump supporters, against Russia and China.  The American Establishment did not allow Trump to improve relations with Russia, but it did permit him to worsen relations with China.  But what sense does it make for Trump supporters, defined by the Biden regime as "Trump insurrectionists," "enemies of democracy," and "America's greatest threat," to support the Biden's regime's propaganda against Russia and China?