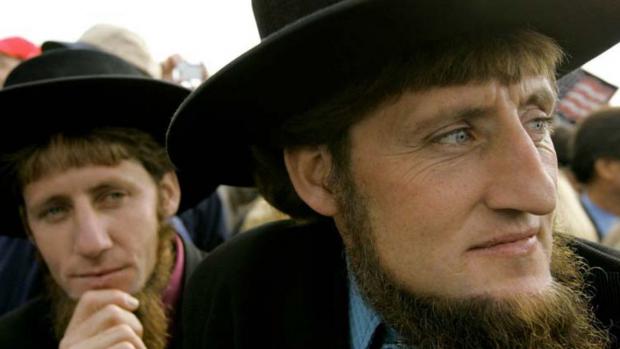 An Amish community in Pennsylvania has become 'the first in the US to achieve herd immunity to COVID-19' after 90 per cent of their households became infected with the virus when they resumed church services late last spring.

The administrator of a medical center in the heart of the Amish community in New Holland Borough estimates as many as 90 per cent of Plain families have since had at least one family member infected, and that this religious enclave achieved what no other community in the country has: herd immunity.

'So, you would think if COVID was as contagious as they say, it would go through like a tsunami; and it did,' said Allen Hoover, an Old Order Mennonite and administrator of the Parochial Medical Center, a clinic that primarily serves the Plain community.

Public health officials and epidemiologists did not dispute the widespread outbreak Hoover described. But they voiced concern that a misplaced perception of herd immunity in a population that makes up 8 per cent of Lancaster County may compromise the effort to turn the tide on the pandemic.

As Hoover observed, faith in herd immunity has prompted members of the Plain community to relax on key mitigation efforts such as masking and social distancing, and they may see little reason to be vaccinated.