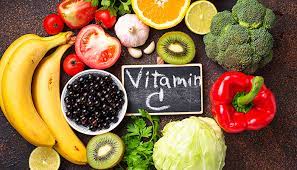 Acute stress is unique to man.  The chart below reveals the amount of adrenal stress hormones (cortisol) released by humans compared to other animals. 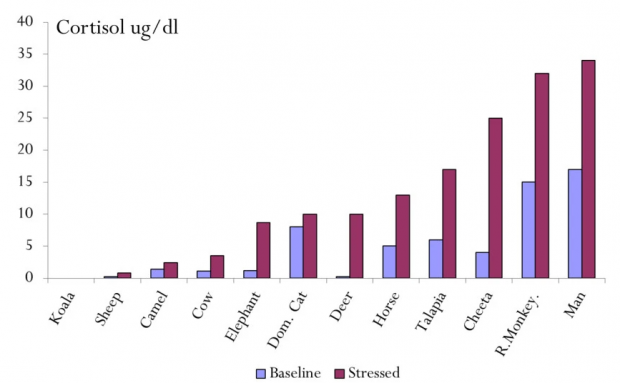 There are exceptions: guinea pigs, fruit bats, primate monkeys. These four species share a genetic flaw.  Unlike other mammals, these do not synthesize ascorbate from their liver (ascorbate being the medical term for vitamin C).

A liver enzyme (gulonolactone oxidase) required to produce vitamin C is missing in humans due to a defect in the GULO gene.

Animals that synthesize ascorbate are known to maintain blood plasma at saturation levels regardless of health challenges,  dramatically increasing vitamin C-production internally in response to physical or emotional stress.

It was biochemist Irwin Stone in the 1970s-1980s who showed that humans have a genetic flaw that resulted in the inability to internally produce vitamin C as most other animals do.

Stone then noted the present-day requirement for vitamin C (60-200 milligrams/day) is at least 300 times less than the amount of vitamin C produced endogenously each day by other mammals.  For example, an unstressed goat makes ~13,000 milligrams of vitamin C internally per 150-lbs of body weight.

Why humans don't all have scurvy

Dietary intake of vitamin C is paltry compared to the internal synthesis humans experienced before this universal gene mutation affected all of humanity (110 mgs/day versus 1000s of mgs/continuously). One would think every human being would develop symptoms of scurvy – – fatigue, anemia, weak blood capillaries, hemorrhage, skin bruising, lassitude, painful joints, bleeding gums, shortness of breath, nausea.