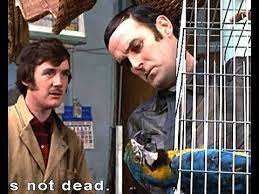 I am an American educator who began teaching nearly two decades ago. During that time, I have taught at some of the most prestigious private secondary schools in the United States. Starting about five years ago, these schools began to be consumed by woke ideology.

When I say "consumed by woke ideology" I mean that these schools are obsessed with sophomoric and divisive notions of diversity, equality, and justice; increasingly hostile to freedom of expression; addicted to cancelling anything that offends the woke movement; and prioritising activism over understanding as the goal of education.

I am writing this letter to alert those we may describe as "sleep-wokers". A sleep-woker is one who has not taken the woke creed to heart, yet nevertheless tacitly complies with the linguistic, pedagogical, political, and moral imperatives of wokeness. Sleep-wokers go through the motions; they are like religious folk who say prayers without thinking, attend worship services without engaging, and perpetuate dogmas without believing. I was a sleep-woker. In some ways, due to a combination of timidity and tiredness, I still am.

Sleep-woking, like sleepwalking, is very dangerous. While sleep-woking, an English teacher can unwittingly help cancel Chaucer, Keats and Conrad in the name of decolonisation. A biology teacher might find herself obliged to deny important differences between the sexes. A football coach will not be able to cheer on a player after a strong tackle, as strength and physical violence smack of toxic masculinity.