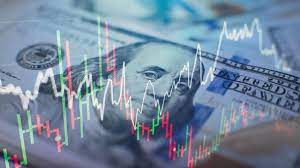 The plan speaks about the lines associated with infrastructure. Yet US politicians are already repeating their own ones: "None shall pass," from Republicans over a corporate tax hike from 21% to 28%, and making some firms pay some tax; "Double or quits," from progressive Democrats, who may have been the ones leaking to the Washington Post about the USD4 trillion figure.

Markets also used their own lines on screens to try to guess where the largesse of the government might flow: Cement? Steel? Paint? Solar panels? Electric batteries? Belts, to prevent builders' usual brand of décolletage? US 10-year yields are at 1.75% at time of writing and the DXY was slightly down on the day, as the market peruses what this all means. It still isn't quite sure.

I have long flagged we would end up moving to a world where markets would have to listen to politicians, not central banks, to know where the goodies will flow in the economy. Yet in that regard, for me the most important part of the package is not in the details. Rather, it's in the packaging of *why* it's needed, which I think represents where far more money will ultimately have to flow. First of all, we see this from the text of the American Jobs Plan: