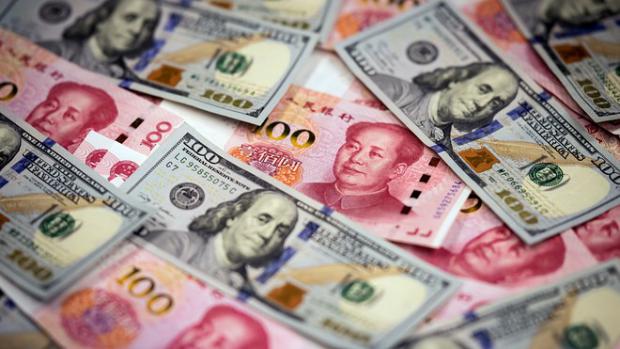 It showed that the trend of global dedollarization has accelerated and while the Dollar's share of global reserves initially increased at the start of the pandemic, it has since decreased sharply and now stands at just 59% - a 1.5% decline for the quarter and the lowest level since 1995. According to Goldman, a fair bit of the decline over the last few quarters was due to valuation effects as the Dollar depreciated, but the decline in Q4 can be largely attributed to active selling as well.  The Euro, Yen and Renminbi were the main bene?ciaries of this dollar dump, while the uptick in Sterling's share appears to be mostly due to the currency's appreciation.

While the Dollar's share in allocated reserves has fallen markedly, the Euro's share has enjoyed a modest rebound and last quarter moved decisively out of the range where it has been stuck for the past few years.

The Yen's share of reserves initially fell in the early stages of the pandemic, possibly on the back of cross currency basis trades being unwound, but has been climbing again for the last two quarters.

Meanwhile, in what may be the most concerning news for the US, the share of CNY reserves continues to slowly and steadily increase.