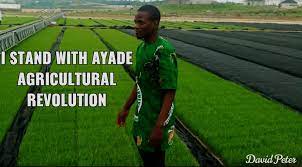 Tech billionaire Bill Gates, co-founder and former CEO of Microsoft, may seem a strange fit for the role of America's top farmer. But he's been quietly amassing massive tracts of U.S. land under the cover of investment firm Cascade Investment LLC, and now owns a minimum of 242,000 acres of U.S. farmland.1

The finding was outed by Eric O'Keefe's magazine, The Land Report, which puts out a list of the 100 biggest landowners in the U.S. each year. It was a 2020 purchase of 14,500 "prime" acres in Washington state that first caught O'Keefe's attention, as he calls any sale of more than 1,000 acres "blue moon events."

When he dug deeper, the purchaser of the 14,500 acres — in the heart of some of the most expensive acreage in America — was recorded as a small Louisiana company. "That immediately set off alarm bells," O'Keefe told the New York Post.2 It turned out the company was acting on behalf of Cascade Investment for Bill Gates, and he owns land not only in Washington but also in Illinois, Iowa, Louisiana, California and multiple other states.

The surprising power of chicken manure