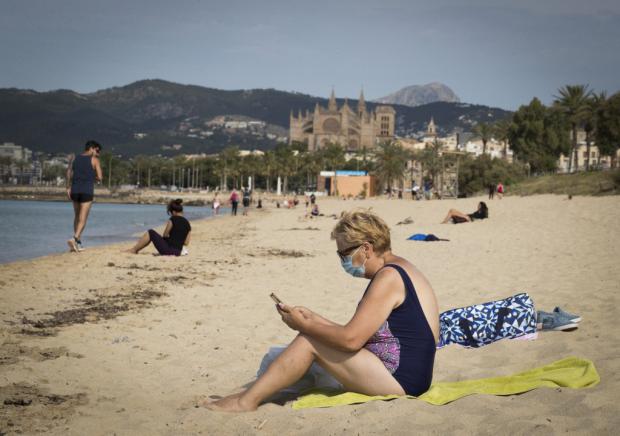 The legislation, which came into effect on Wednesday, mandates face coverings for children as young as six, with refusniks facing fines of €100 euros.

The only exemption to the rule is adults playing sports outside, but people tanning outside or swimming in a pool or the ocean are still required to cover up.

"This will apply to people who are sunbathing or even swimming in the sea," confirms the London Evening Standard.

The utter stupidity and real danger of having to wear a face mask while swimming in the sea goes without saying.

Having to wear a face covering while placing yourself in a situation where you have a heightened risk of encountering breathing difficulties is totally insane.

Thankfully, there has been a huge backlash to the law, which has "spread dismay through Spain's tourism industry," according to the London Times.

"We are going through the kind of hell that threatens to wipe out thousands and thousands of jobs and businesses," said José Luis Zoreda, vice-president of Exceltur, the main lobby group for Spanish tourism.

"And now they want to turn the beaches into open-air field hospitals," he added.

One respondent on Twitter exemplified the sentiment of many potential holidaymakers – that they would simply avoid Spain altogether.

We're gonna need an "aspiration of face mask" check box on the form under Mechanism Of Injury.