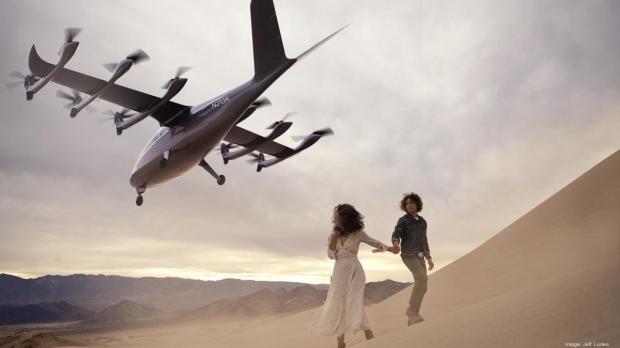 When Palo Alto startup Archer exploded onto the eVTOL scene in June 2020, it did so in a remarkably aggressive fashion. Where most companies in this space spend years working in small teams on aircraft designs and scale models before making a public debut, Archer hit the ground sprinting, poaching top-level talent from Joby and Wisk, and picking up a bunch of other experienced employees from Airbus's defunct Vahana program.

It quickly signed an exploratory deal with Fiat Chrysler Automotive (now Stellantis) in a design, engineering, supply chain and composite materials partnership, and by February it had produced spectacular renders of a 12-rotor transitioning eVTOL called the Maker, and announced a billion-dollar provisional order from United Airlines, with piloted commercial flights expected to begin in 2024.

This flurry of activity was in support of a push to list on the New York Stock Exchange and raise capital through a SPAC merger with the Atlas Crest Investment Corp. SPAC listings, as we've pointed out before, are a very popular way to get your company listed without all the scrutiny and due diligence required for an IPO, and they tend to be a much worse deal for investors.

Now, Archer appears to be embroiled in the first high-profile legal showdown of the eVTOL world, as Wisk Aero has launched a lawsuit accusing Archer of misappropriating trade secrets and violating trade secrets – and it appears a criminal investigation is now also underway.

Revealed: CyberLandr Is A Truck Camper For The Tesla Cybertruck