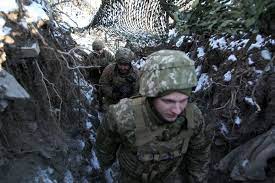 4/3/21
By Vassilis Kapoulas
(translated from Greek)

There is a serious possibility that the death of a 5-year-old girl by a Ukrainian drone, an issue that is very high in the Russian media, and the information about the arrival of NATO forces in Ukraine broadcast by avia pro , will hasten the new Russian operation.

If the day before yesterday's WarNews247 report on the transfer of NATO forces to Ukraine is confirmed, then "Aeolus' bag opens".

For the first time, NATO members will touch the Russian border.

Donetsk's "former defense minister" (rumored to want to be an FSB officer), Colonel Igor Strelkov, made significant statements, stressing the need for Ukraine to be defeated militarily, forced to surrender and lose access to the sea.

The settlement of the Donbas issue is possible only by returning to the plan of "New Russia", there is no other way to end this war otherwise it will continue until the Russian Federation weakens.

"Kiev has mobilized 70,000 troops in Donbass alone and another 100,000 are supporting the military operation. In addition, according to Ukrainian military plans, 1 million Ukrainians are expected to lay down their arms.

Troops From Poland and Belarus CLASH Along Border

Dr. Derek Knauss: "COVID is Fake; Sick Actually Have Influenza "A" or "B"**

Alberta, Canada: Pastor Speaks Out Against Government Seizing Church and Shutting It Down