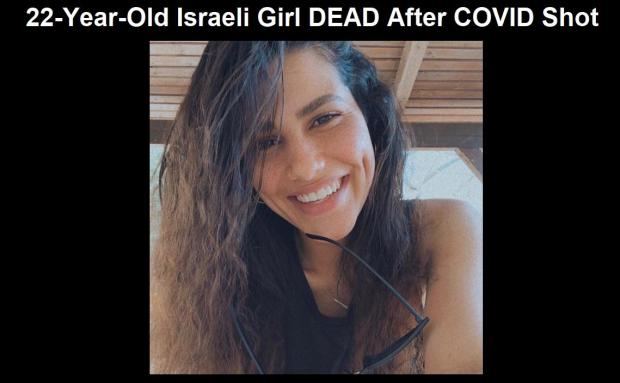 The family of Shirel Hilel (also sometimes spelled Shirel Halal) is suing the hospital where she died, claiming she did not get proper treatment.

According to the Times of Israel, there have been other cases of myocarditis among Israelis who received both vaccine shots, but all had been successfully treated, including patients in more serious condition than Hilel.

The family of a young Israeli woman who died of heart inflammation after being vaccinated against COVID-19 has blamed the hospital where she was treated for her death.

However, Hilel's condition worsened and she began to have difficulty breathing and pains in her chest and was taken to Safed's Ziv Medical Center.

At the hospital, Hilel was diagnosed with myocarditis, inflammation of the heart muscle, which boyfriend Eyal said the doctor compared to a swollen shoulder.