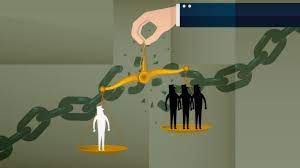 A tax bill that varies depending on the taxpayer's race might strike readers as some law professor's remote fantasy, far from anything that might become reality.

Things are developing more quickly on this front, though, than is widely recognized.

Just this month, the governor of Vermont, Phil Scott, a Republican, attracted attention when he announced, "If you or anyone in your household identifies as Black, Indigenous, or a person of color (BIPOC), including anyone with Abenaki or other First Nations heritage, all household members who are 16 years or older can sign up to get a vaccine!"

A Reason article notes that in December 2020, while Republican Donald Trump was still president, the federal Department of Veterans Affairs announced that it would prioritize Black, Hispanic, Native American, and Asian veterans in vaccine distribution. Reason cites the Cato Institute's Walter Olson as describing these schemes as unconstitutional, a violation of the "equal protection" clause of the 14th Amendment.