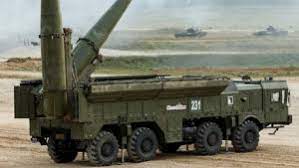 Very serious developments took place Thursday, in the escalating military deployments between Russia and Ukraine signaling a likely INVASION and CONQUEST of Ukraine, by Russia.

We begin with Conflict Intelligence Teams (CIT) who grabbed photos of a new Russian Army Staging Area and FIELD HOSPITAL erected in Voronezh, Russia, about 250km from the Ukraine border.

After the team grabbed photos on the ground, satellite imagery was obtained showing an aggressive and large construction effort for a very large military camp and field hospital. The satellite pic appears below:

Those are hundreds of military vehicles which, the CIT points out, make the camp seem more offensive than defensive.

Clearly Russia believes it will need to evac and treat wounded soldiers from hostilities inside Ukraine, and they've built a field hospital for that purpose. This is not something a country does if they're merely "saber-rattling."

The camp is located as shown on the scalable map below:

Early in the day, German Chancellor Angela Merkel publicly suggested that Russia "reduce" the amount of military weaponry heading toward Ukraine to defuse tensions. Russia's response? They moved supersonic ISKANDER Missiles to the same camp shown above, within striking range of most of Ukraine!